As a former prosecutor for the City of Cincinnati and now a DUI Defense Attorney, Nicholas has a unique perspective when it comes to defending DUI’s. Nicholas’ background as a prosecutor gives him the experience to successfully negotiate pleas, argue motions and take a DUI to trial.

If you have been charged with a DUI in Cincinnati, Hamilton County, West Chester, Mason, Butler County, Clermont County or anywhere else in Southwest Ohio, Contact Cincinnati DUI Lawyer Nicholas Klingensmith at 513-258-2377.

Nicholas has won at Trial, Motion and in the Court of Appeals. He has negotiated DUI’s to a wet reckless, a physical control and negotiated flat out dismissals.

Nicholas was a guest lawyer on Fox 19 to discuss DUI’s.  He was selected as a Top 100 Trial Lawyer and has a perfect 10.0 AVVO rating.  Nicholas has been named a Rising Star DUI Lawyer by Super Lawyers.

A DUI carries serious penalties including the possibility of:  Mandatory Jail Time, Treatment, License Suspension, Interlock, and Special Plates.  Nicholas Klingensmith’s experience as a prosecutor and as a DUI Defense Attorney can help you avoid these penalties and get you the best resolution possible.  Nicholas has the experience to negotiate a favorable plea or to win at trial. You need a DUI Attorney on your side.  Contact Cincinnati DUI Lawyer and OVI Attorney Nicholas Klingensmith at 513-258-2377. 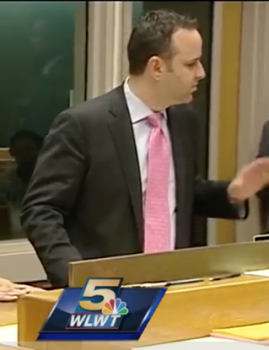 What is an OVI?

It is what Ohio calls a DUI.  It is just another acronym for DUI.  The terms OVI and DUI are used interchangeably, much like the terms lawyer and attorney are used interchangeably.   OVI stands for Operating a Vehicle Under the Influence of Alcohol or Drugs.  The exact statute is 4511.19 . There are many different sections you can be charged under depending on the specific facts of your case.  These different sections can carry different penalties.  That is why it is important to have an experienced attorney on your side.

What are the Possible Outcomes?

Just because you are charged with a DUI or OVI does not mean you are guilty.  The state must prove every element of the offense beyond a reasonable doubt.  If they fail to do so, you will be found not guilty.

There are also other options besides a trial, including reducing the charge to a “wet” reckless or a physical control.  Also a new law has been enacted called “Annie’s Law.”  This new law may offer a way to reduce the days you face in jail or reduce your license suspension.

There are many ways to attack and defend a DUI.  The Prosecutor has a high burden to meet to prove you were driving a vehicle under the influence:

Every case is unique and just because you were charged does not mean you will be found guilty.  You need an experienced attorney on your side. Contact Cincinnati DUI Lawyer and OVI Attorney Nicholas Klingensmith to help beat and defend your DUI.

Not All DUI’s Are The Same

DUI – OVI laws and DUI – OVI penalties vary depending on many factors.  Some of these factors include:

Not All DUI Lawyers Are The Same