It will take place at the intersection of E. Mcmillan and Auburn near the UC Campus. 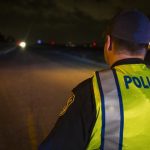 There will also be increased patrols in the area.  These patrols, typically referred to as saturation patrols, roam the surrounding roads looking for people who try to avoid the checkpoint.  Although, it is not against the law to avoid a checkpoint, this does raise suspicion and the officer will look for a reason to pull you over.  Something as minor as missing a front plate, is enough of a reason for a police officer to stop you.

There is nothing unconstitutional about DUI Checkpoints, if they are set-up and conducted properly.  The stated goal of a checkpoint is to raise awareness about drunk driving.  The best was to keep from getting arrested at a checkpoint is to not drive while impaired.  Plan ahead, use uber/lyft, a DD or a cab.

If you do get arrested for a DUI, or an OVI as they are called in Ohio.  Contact DUI Lawyer Nicholas Klingensmith at 513-258-2377.